A few years ago I was at a networking event and met an entrepreneur who was working in the food industry. As is typical, I asked him what he did. He said he was working on a new product, but he wouldn’t tell me what it was. Our conversation continued like this…

Me: What is so private about this new product?
Him: It’s going to be a huge disruptor. I can’t say what it is because I don’t want you to steal my idea.
Me: Me? You’re worried about me stealing your idea?
Him: Well, you might tell someone else about it and then they might take it.
Me: uh-huh. I don’t think anyone’s going to steal your idea based on a short conversation at a networking event.

In my head: Why the heck is this guy here? How is anyone supposed to get to know him, much less support him, if he won’t share his idea.

I tried another approach.

Me: What genre is your idea in?
Him: I guess I can tell you, it’s about smoothies.
Me: Smoothies? Like the drink?

At this point, I’m trying to not bust out laughing. Because of his caginess, I thought for sure this was about cybersecurity or nuclear weapons.

Him: Yes! This is going to revolutionize the smoothie industry! We’ll launch in about a year. You’ll definitely notice us! It’s going to be amazing.

Dr. Dani Chesson said it well in episode 91 of The Deliberate Creative Podcast, “All good ideas come from engaging and sharing your ideas with others.” 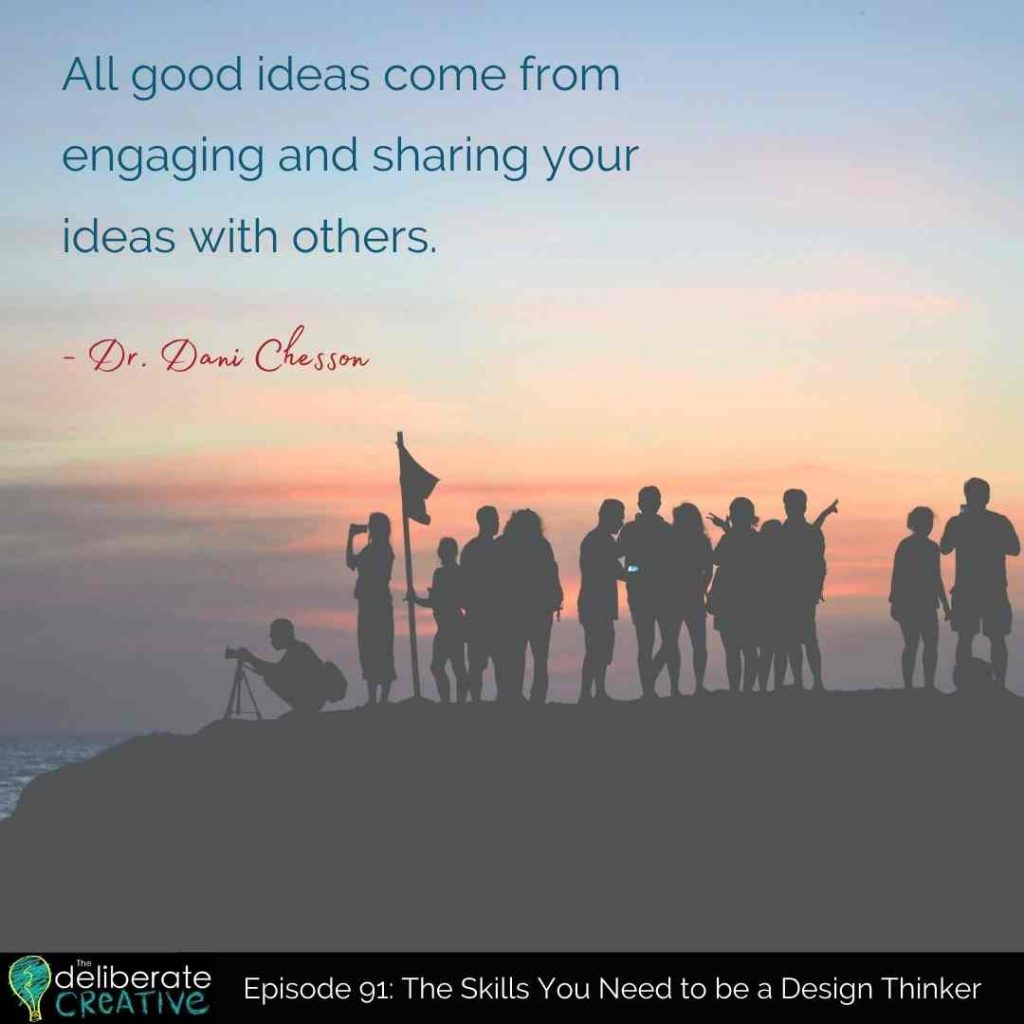 Your ideas aren’t as precious as you think. Ten people could have the same idea and once implemented, the results would be 10 completely different products or outcomes. The idea isn’t as important as how it gets implemented.

Don’t be afraid to share your idea with others. Get their feedback. Ask what they think. Ask them how they would improve it. Filter their feedback, but do consider it. In the end, your idea will grow and evolve and be stronger. Plus, you might start generating some buzz and get others excited with you.

Stop trapping your ideas in a cage. Let them roam around and interact with other people. Socialize them like you would a new puppy. In the end, you’ll have a better, stronger idea that is more likely to land well.

What ideas do you have that need to be shared with others?

Oh, and enjoy your smoothies.

All good ideas come from engaging and sharing your ideas with others. @DaniChesson #deliberatecreativity