One thing I have learned since becoming an entrepreneur is that you can make a living doing anything.

If you don’t believe me, remember Pet Rocks? Gary Dahl became a millionaire in a short time by selling rocks. It was actually brilliant. 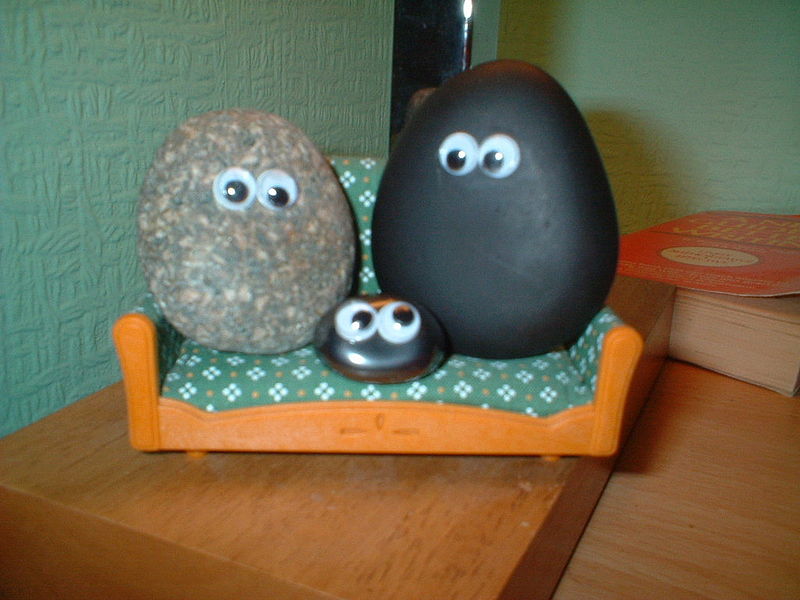 In the last few years I have heard so many stories from people who are making a living doing things I have never even heard of. The options are endless.

Many times, I have had conversations with parents who are trying to influence their kids’ career choices and help them make good decisions. That’s good parenting, right? However, often their perception of a “good career decision” is based on narrow, outdated information. Here’s an example. I was talking with an executive of an IT company. His kids are about 8 and 10 years old. One of them is quite the musician and loves playing instruments. However, he said he tells his kids they should be a doctor or lawyer because those are stable, well paying jobs and there will always be a need for them. I pushed back a little and asked what about a job like his (which is well-paying and presumably stable). His company’s products did not even exist when he was in high school. By the time his kids graduate college there will be jobs and careers that do not exist now. I suggested there are many ways to make a living, even by playing music. He said, “But, what the chances my son’s going to make it as a musician?” By “making it” he meant be the next Justin Bieber. He’s right. Those chances are slim. But so what. There are hundreds of ways to make a living as a musician and not be a starving artist. You do not have to be a multi-millionaire or famous to “make it” as a musician or artist.

I know very little about the music world, but I can think of five ways to make money as a musician.

Those first three ideas were not options 10 years ago. Neither was teaching music online. In another 10 years there will be even more options. I think we do our kids (and our peers) a huge disservice by dissuading them from pursuing their passion as a profession. This advice usually comes from someone unfamiliar with the particular field of discussion. And, it comes from a place of fear – fear of either failure or success (or both).

The rationale is usually one of these:

What careers do you recommend for your kids? What careers are you dissuading them from pursuing? Why? Why not let them strive to be a musician, an artist, a computer game designer?

We are entering the end of the year, a time many spend with family and friends. During these celebrations, pay attention to how you advise your kids, siblings, nieces/nephews, and other loved ones on their career path. Are you steering them away from a career because you feel afraid for them? What if instead you helped them investigate the many options available? What if they found support and were able to become successful?

There are many problems with not pursuing our passions. I think artist Doug Savage sums it up well in this comic.

I truly believe you can make a living doing anything. It requires motivation, focus, and support. Who can you support to pursue their Pet Rock?

When we pursue our passions it leads to a life of true happiness and success. Pursue your passions and help your kids and friends do the same. It will make the world a better place.