Skip to content
Previous Next
Five Elements of Shackleton’s Leadership

I want to introduce you to an amazing leader. I have never met him and neither have you. He died in 1922. His most amazing accomplishment happened 100 years ago. This leader is Sir Ernest Shackleton. He led 27 men on a journey to be the first to cross Antarctica. He failed. Why do we care about a leader whose expedition failed? Because what happened instead was incredible. 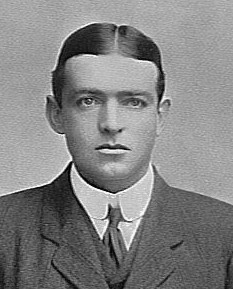 On his third Antarctic expedition, Sir Ernest Shackleton led the Imperial Trans-Antarctic Expedition for Britain, which departed England in 1914. The plan was to sail his ship, the Endurance, to Argentina, then on to Antarctica, then walk across the continent where another crew would pick them up. Sounds simple. To put things in context keep in mind there were no radios, no weather reports, no Gore-Tex or snowmobiles, no lightweight nylon/down North Face jackets. The mission was lofty. But, Shackleton had the experience, an excellent crew, and the best 1914 gear he could get.

After leaving Argentina, the ship stopped at a whaling station on South Georgia Island. There they learned that the Weddell Sea, the most dangerous sea in the world, was jammed with ice, the worst in recorded history. Some of the whalers encouraged Shackleton to wait until next year. Shackleton spent a month at the whaling station hoping the situation would improve. Unfortunately, it didn’t. On December 5, 1914 Shackleton finally proceeded down to Antarctica. As you might have predicted, only six weeks later their ship was stuck in ice. One crew member described it as “frozen, like an almond in the middle of a chocolate bar.”

The crew made heroic efforts to free the ship. They tried to cut through the ice, but hours and hours of work was never enough. They were over 1,000 miles from any other humans and no one knew their predicament. They finally settled in for a long winter. They could only hope the spring would bring warmer temperatures and free their ship. For 10 months they waited. The cold, the ice, and the food supply were all concerns and the men began hunting seals and penguins to supplement their diet. However, Shackleton’s biggest concern was demoralization of the crew. He was intentional to keep the men’s spirits high. He encouraged singing, games, and skits in the evenings. He listened to them and had an “open-door policy” long before that phrase was coined. He had all the men cross-train in various roles to increase their stimulation and their competence. Surprisingly, during the 10 months their ship was stuck in the ice, the men were content. One man wrote in his journal after a particular celebration that it was “one of the happiest day of my life.” 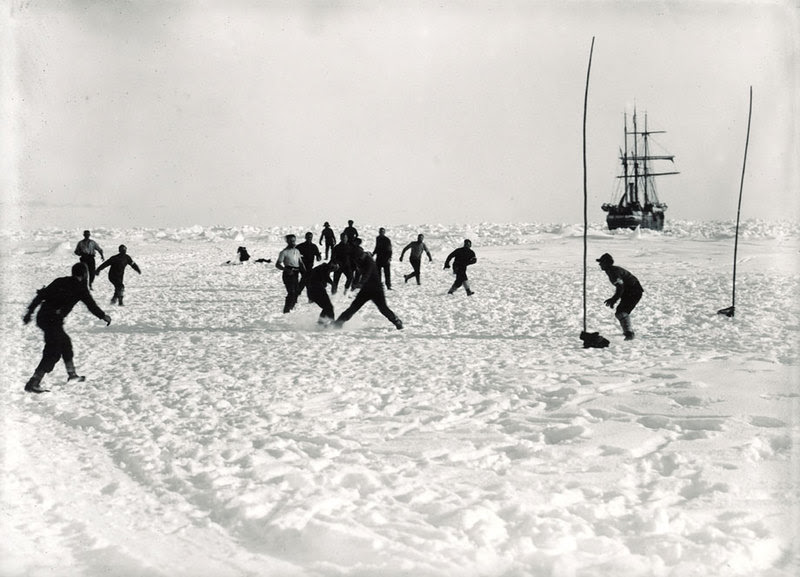 Then, on October 24, 1915, things got much worse. The ice shifted and started to crush the ship. It was soon pitched to the side and men had to move off the ship onto the ice. They started unloading the ship preparing for the worst. Three weeks later the ship sunk and the 28 men were stuck on an ice flow in Antarctica with nothing but three small lifeboats and a pile of gear. No one knew where they were and back in England they were presumed to be dead. 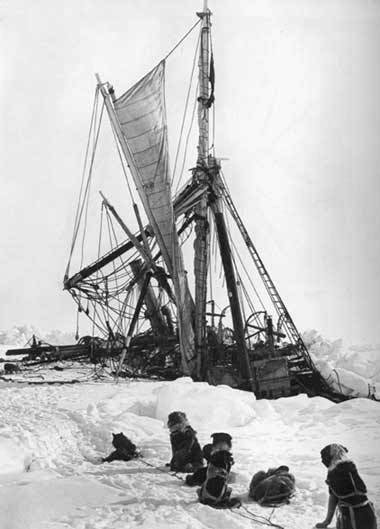 Shackleton had no idea how to get them home safely, but he knew one thing for sure. No one was going to come save them. If they were to survive it was up to him. They made several failed attempts to cross the ice with the three life boats on sledges and 69 sled dogs. There was a resupply station a few hundred miles away, but it proved to be impossible to get there. After a few months, the ice began cracking and splitting and it became too dangerous to stay. On April 9, they boarded the three life boats and headed north. After a 16-day perilous journey they made it to Elephant Island. No one was there that could help them. But, they were on land. It was a small comfort. The men were in worse shape than ever before and demoralization was setting in. They had almost no food and daily rations were tiny. Eventually Shackleton saw no other choice, but to take the best life boat, a few of the men, and sail across the Weddell Sea to the the South Georgia whaling station where they started. It was 800 miles. Miraculously, after three weeks they made it. However, once there it took Shackleton four more months to get a ship to rescue his crew. On August 30, 1916 he arrived to Elephant Island to find the 22 men he left behind. All of them alive.

Shackleton’s journey was amazing. The early 1900’s was the age of polar expeditions. It was common for men to die during the journey. Shackleton would not accept death. He used a systems approach to create a strong team that could handle the difficult situations they faced. It may have been my own experience with expeditions as an Outward Bound instructor and a sea kayak guide that first sparked my interest in Shackleton’s story. I now give keynotes and workshops on his leadership style, most recently for the National Conference for State Legislators. Here are the leadership lessons share in the keynote.

Shackleton was heralded by his team as being “the greatest leader on Earth.” Wow. To implement just one element of his leadership will be valuable. Looking at this list what is one thing, even if small, that you could do this week to better lead your team?

I hope you will find inspiration, as I did, from this amazing leader.

Subscribe to download the summary page of Shackleton's Leadership Principles. You will also receive occasional articles about creativity and teams and exclusive offerings.

Success! Now check your email to confirm your subscription.